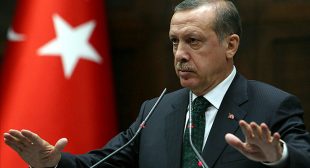 “I’ll make up a cause of war by ordering a missile attack on Turkey.” This leaked conversation is coming back to haunt the highest echelons of the Turkish government as it plans a provocation in Syria, while scrambling to contain social media internally.

The leaked audiotapes that reveal Turkey’s highest ministers staging an anti-Assad military intervention in Syria, have already caused YouTube to be shut down in the country, as well as leading to fevered accusations of treachery and betrayal of Turkey’s political interests – “a declaration of war,” as Turkish Foreign Minister Ahmet Davutoğlu put it