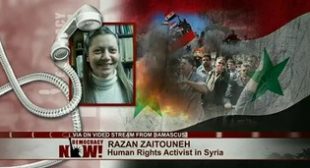 Was Turkey behind last year’s Syrian chemical weapons attack? That is the question raised in a new exposé by Pulitzer Prize-winning journalist Seymour Hersh on the intelligence debate over the deaths of hundreds of Syrians in Ghouta last year. The United States, and much of the international community, blamed forces loyal to the Assad government, almost leading to a U.S. attack on Syria. But Hersh reveals the U.S. intelligence community feared Turkey was supplying sarin gas to Syrian rebels in the months before the attack took place — information never made public as President Obama made the case for launching a strike.