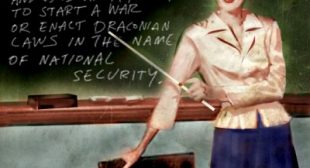 As we noted here, Turkish Prime Minister Erdogan had blocked Twitter access to his nation ahead of what was rumored to be a “spectacular” leak before this weekend’s elections. Then this morning, amid a mad scramble, he reportedly (despite the nation’s court ruling the bans illegal) blocked YouTube access. However, by the magic of the interwebs, we have the ‘leaked’ clip and it is clear why he wanted it blocked/banned. As the rough translation explains, it purports to be a conversation between key Turkish military and political leaders discussing what appears to be a false flag attack to launch war with Syria.