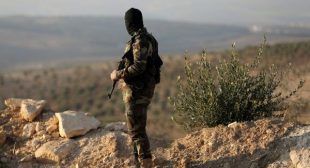 And so we now wait for that flashing, red headline saying that US ships in the Mediterranean have launched a missile attack on Syria, just like a year ago. Only this time Russia – which is allied with the Assad regime – is not planning to be on the defensive, and according to Russia’s Defense Ministry, “US instructors” are currently training militants to stage false flag chemical attacks in south Syria, i.e., the catalyst that will be used to justify the US attack on Assad. The incidents, the ministry said, will be used a pretext for airstrikes on Syrian government troops and infrastructure.