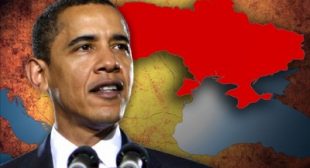 The speech delivered by President Barack Obama in Brussels Wednesday was a call to arms for a US-NATO confrontation against Russia. With a series of lies and evasions, Obama presented a world turned upside down in which the US and European imperialists, who backed the coup in Ukraine spearheaded by fascistic forces, are the defenders of democracy and peace.

There was little in the speech that could convince working people, either in Europe or the United States, that a policy of open-ended conflict with Russia was in their interests. That was not the purpose of the speech, which consisted of one propaganda lie after another, uttered with the assurance that there would be no serious criticism, let alone opposition, within the ruling elites of the US and Europe or from their media mouthpieces.