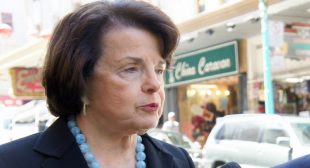 After fending off numerous attacks on the freedom of the internet last year, activists and independent journalists alike are now facing another hurdle that flies in the face of freedom of the press, the “Journalist Shield Law“. Image credit: davidleesf

Although the bill is being sold by the Obama administration and establishment politicians in both parties as a positive step in protecting free speech, unfortunately the name of this bill is highly deceiving. Remembering just how unpatriotic the Patriot Act was, this new law, although deceivingly named, is likely to crush freedom of speech of any journalist not on a corporate payroll. According to the AP, this is how the bill defines who a real journalist is :

“The bill’s protections would apply to a “covered journalist,” defined as an employee, independent contractor or agent of an entity that disseminates news or information. The individual would have to have been employed for one year within the last 20 or three months within the last five years.