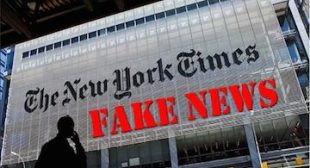 What the reader was left with was a very selective, curated impression that online social media manipulation is something done exclusively by brown and black people and those dastardly Slavs. The column condemns “surreptitious techniques pioneered in Moscow and Beijing to use the internet to drown out dissent and undermine free elections,” going on to site online skullduggery in the Philippines, Kenya, Turkey, Mexico and Iran.

“Eighty-six percent of Freedom House’s budget comes from the US government.”

Missing from the piece by Freedom House’s Michael Abramowitz is any mention—much less discussion—of numerous reports detailing online manipulation by US and allied governments and Western PR firms.