All IS groups in Syria defeated – Russian Army Chief 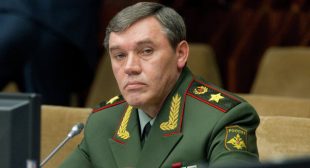 “All of the IS [the so-called Islamic State (IS, formerly ISIS/ISIL)] band groups on the territory of Syria were defeated,” claimed Chief of the General Staff of the Armed Forces of Russia at the annual foreign military briefing in Moscow on Wednesday.

Valery Gerasimov, who is also the First Deputy Minister of Defence, went on to say that the international coalition led by the US could have had a greater input in defeating terrorists in Syria.

“Raqqa is the only city which was liberated by the coalition forces in 2017, the siege and storming of which was carried out within 11 months,” added Gerasimov