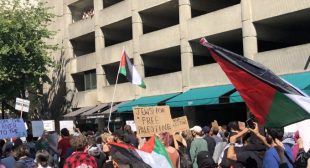 Here is something that can be said with great confidence. It is racist – antisemitic, if you prefer – to hold Jews, individually or collectively, accountable for Israel’s crimes. Jews are not responsible for Israel’s war crimes, even if the Israeli state presumes to implicate Jews in its crimes by falsely declaring it represents all Jews in the world.

Very obviously, it is not the fault of Jews that Israel commits war crimes, or that Israel uses Jews collectively as a political shield, exploiting sensitivities about the historical suffering of Jews at the hands of non-Jews to immunise itself from international opprobrium.