The Controversial Prosecutor at the Heart of the Julian Assange Case 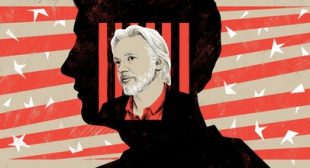 The battle to extradite WikiLeaks publisher Julian Assange from the United Kingdom to the United States is shaping up to be a legal case of paramount importance to the future of national security reporting. The U.S. continues to press the case even after a change of administration, with President Joe Biden keeping up efforts to bring Assange to a U.S. court on Espionage Act charges for his role in publishing classified government documents. One little-noted name in filings from extradition hearings in the U.K. keeps popping up as a key figure in the U.S. government’s case: a federal prosecutor named Gordon Kromberg.