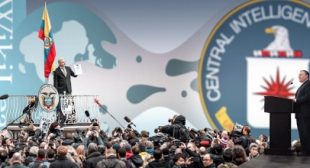 WIKILEAKS FOUNDER JULIAN ASSANGE is hitting back at Trump’s CIA director Mike Pompeo following a speech last week in which Pompeo accused WikiLeaks of being a “hostile nonstate intelligence agency” operating outside of the protections of the First Amendment. “We can no longer allow Assange and his colleagues the latitude to use free speech values against us. To give them the space to crush us with misappropriated secrets is a perversion of what our great Constitution stands for,” Pompeo declared, adding an ominous assertion: “It ends now.”