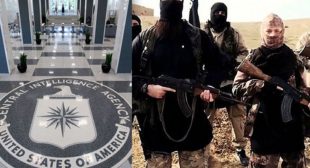 Wikileaks founder Julian Assange today said the CIA was responsible for paving the way for ISIS as the whistle blowing organisation released more than half a million formerly confidential US diplomatic cables dating back to 1979.

In a statement to coincide with the release of the cables, known as “Carter Cables III”, Mr Assange explained how events which unfolded in 1979, had begun a series of events that led to the rise of ISIS.

Mr Assange said a decision by the CIA, together with Saudi Arabia, to plough billions of dollars into arming the Mujahideen fighters in Afghanistan to tackle the Soviet Union, had led to the creation of terror group al-Qaeda.

This, in turn, he said led to the 9/11 terror strikes, the invasion of Afghanhistan and Iraq by the US, and the creation of ISIS.