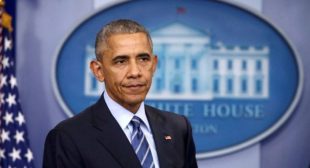 Non-profit humanitarian agency World Vision United States improperly transacted with the Islamic Relief Agency (ISRA) in 2014 with approval from the Obama administration, sending government funds to an organization that had been sanctioned over its ties to terrorism, according to a new report.

Senate Finance Committee Chairman Chuck Grassley (R., Iowa) recently released a report detailing the findings of an investigation his staff began in February 2019 into the relationship between World Vision and ISRA.The probe found that World Vision was not aware that ISRA had been sanctioned by the U.S. since 2004 after funneling roughly $5 million to Maktab al-Khidamat, the predecessor to Al-Qaeda controlled by Osama Bid Laden.