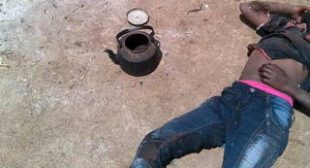 The Pentagon is on the defensive after a new investigation revealed evidence that U.S. special operations forces massacred civilians in Somalia earlier this year, allegedly firing on unarmed farmers and their families, then planting weapons beside the bodies to appear as though the people were armed members of al-Shabab. On Wednesday they released a statement that said, âAfter a thorough assessment of the Somali National Army-led operation near Bariire, Somalia, on Aug. 25, 2017 and the associated allegations of civilian casualties, U.S. Special Operations Command Africa has concluded that the only casualties were those of armed enemy combatants.â This came after The Daily Beast published an investigation Wednesday on the operation and its aftermath and reported what eyewitnesses have said since the attackâthe victims were farmers, and they were killed by American soldiers. All of this comes as the U.S. recently revealed it has some 500 troops in Somalia, up from a reported 50 earlier this year. We speak with Christina Goldbaum, an independent journalist based in Mogadishu, Somalia. Her new article for The Daily Beast is the investigation headlined, âStrong Evidence that U.S. Special Operations Forces Massacred Civilians in Somalia.â