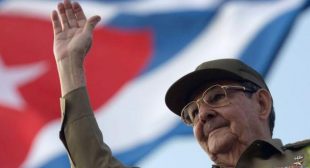 Washington D.C., April 16, 2021 – In the earliest known CIA assassination plot against leaders of the Cuban revolution, high agency officials offered the pilot of a plane carrying Raul Castro from Prague to Havana “payment after successful completion of ten thousand dollars” to “incur risks in arranging accident” during the flight, according to formally TOP SECRET documents posted today by the National Security Archive. The pilot, who the CIA had earlier recruited as an intelligence asset in Cuba, “asked for assurance that in event of his [own] death the U.S.