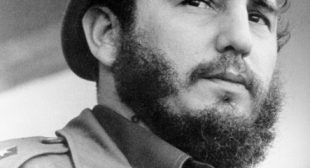 A 1975 document from the Rockefeller Commission detailing the CIA’s role in foreign assassinations said plans to assassinate Castro were undertaken in the early days of the Kennedy administration.

The report said Attorney General Robert Kennedy, the President’s brother, told the FBI he learned the CIA hired an intermediary “to approach Sam Giancana with a proposition of paying $150,000 to hire some gunman to go into Cuba and kill Castro.”

The attorney general said that made it hard to prosecute Giancana, a Sicilian American mobster.