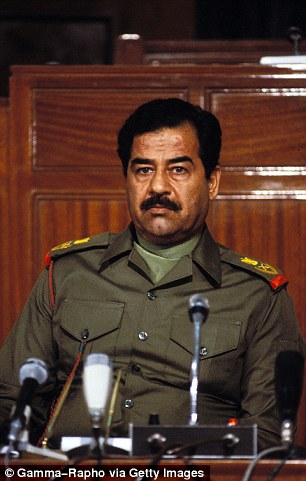 America urged Saddam Hussein to attack Hafez al-Assad’s Syria because of the closure of Iraq’s oil pipeline, a secret 1983 intelligence report has revealed.

A report, by former senior CIA official Graham Fuller, said the US should consider ‘urging Iraq to take the war to Syria’, noting that Saddam was ‘fighting for his life’ in the Iran-Iraq campaign.

Through the closure of the pipeline, Mr Fuller said Syria had a ‘hammerlock’ on US interests in both Lebanon and in the Gulf.