Why Did the FBI Label Ryan Shapiro’s Dissertation on Animal Rights a Threat to National Security? 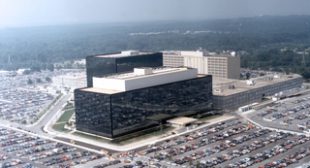 Over the past decade, Ryan Shapiro has become a leading freedom of information activist, unearthing tens of thousands of once-secret documents. His work focuses on how the government infiltrates and monitors political movements, in particular those for animal and environmental rights. Today, he has around 700 Freedom of Information Act requests before the FBI, seeking around 350,000 documents. That tenacity has led the Justice Department to call him the “most prolific” requester there is — in one year, two requests per day. It has also led the FBI to claim his dissertation research at the Massachusetts Institute of Technology would “irreparably damage national security.” Shapiro discusses his methodology in obtaining government documents through FOIA requests, and the details that have emerged therein about the crackdown on animal rights activists.