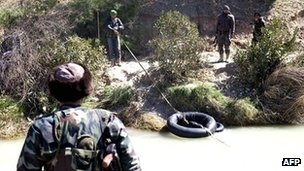 The group says the “brutal tactics” of the government cannot justify abuses by armed opposition groups.

HRW calls on the opposition leadership to speak out and condemn those abuses.