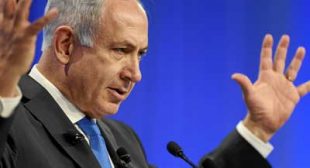 Multiple Students for Justice for Palestine groups have been banned around the country and their members threatened with suspension for mere protest. Israel and its allies are seeking to disrupt free speech on American campuses, says Chris Hedges.

Israel’s heavy-handed reaction to campus organizations is symptomatic of its increasing isolation and concern about waning American support.