It’s Not American aid to Israel. Its tribute 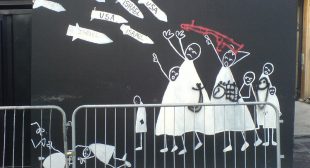 In the wake of the recent Human Rights Watch report on Israeli apartheid and persecution and the ongoing Israeli brutalities in Jerusalem, a slowly growing handful of brave American politicians is daring to defy President Biden’s publicly proclaimed assertion that it would be “absolutely outrageous” to ever condition American “aid” to Israel on any Israeli behavior and to assert that such “aid” should indeed be conditioned, at least to some degree, on Israeli violations of human rights, international law and America’s own laws with respect to the use of American-provided weapons.