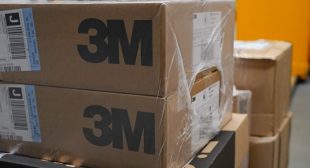 Whenever you start to think that the federal government under Donald Trump has hit a moral bottom, it finds a new way to shock and horrify.

Over the last few weeks, it has started to appear as though, in addition to abandoning the states to their own devices in a time of national emergency, the federal government has effectively erected a blockade — like that which the Union used to choke off the supply chains of the Confederacy during the Civil War — to prevent delivery of critical medical equipment to states desperately in need. At the very least, federal authorities have made governors and hospital executives all around the country operate in fear that shipments of necessary supplies will be seized along the way. In a time of pandemic, having evacuated federal responsibility, the White House is functionally waging a war against state leadership and the initiative of local hospitals to secure what they need to provide sufficient treatment.

Yesterday, a letter published by the New England Journal of Medicine highlighted the extraordinary measures that had to be taken to secure the delivery into Massachusetts of equipment that had been bought and paid for. The NEJM, which featured the letter in its COVID-19 Notes series, is far from a platform of partisan alarm or hysteria — it is among the most sober and high-minded professional journals in the country. It’s worth reading the correspondence, written by an executive running a small health system, at some length: