The U.S. is Trying to Light the Match of Islamic Extremism in China’s Xinjiang 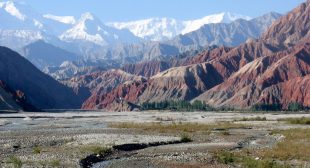 In August 2013, the 74-year-old imam of a mosque in Turpan, 200 kilometers east of Ürümqi, was brutally killed by extremists. These extremists—likely members of the East Turkestan Islamic Movement (ETIM) or the Turkistan Islamic Party (TIP)—killed Abdurehim Damaolla because he was part of the Islamic Association, which worked with China’s government to combat extremism. Within Uyghur society, a gulf opened up between the vast majority of the people who opposed radicalization along religious lines and those who joined the ETIM and the TIP.

The roots of the ETIM and the TIP go back to the 1960s and 1970s when Saudi Arabia’s World Muslim League began to proselytize a harsh version of Islam to counter communism. Those drawn to these views left Saudi schools—many in Pakistan—to join Washington’s jihad in Afghanistan in the 1980s. There, the Uyghur extremists joined other disaffected Central Asian extremists to form various outfits that pledged jihad against communism.