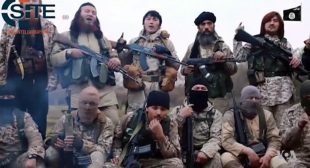 9. (S/NF) Benjamin, noting the importance of achieving a
secure and stable Iraq, stated an important measure of
progress on this subject is further success on reducing the
flow of foreign fighters and cracking down on their
facilitators. Mamlouk said the foreign fighters come from a
large number of Arab and Muslim countries and that the
Syrians detain “large numbers plus their local facilitators.”