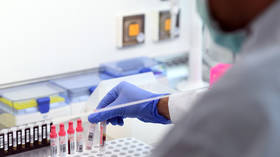 A study out of Stanford University tested California residents and found that the Covid-19 infection rate is likely far higher than has been reported, but the virus could also be less deadly than commonly believed.

Researchers used 3,300 residents in Santa Clara County to conduct their tests, which found that the coronavirus could have infected far more people than has been reported. The study distinguishes itself from past Covid-19 research by using seroprevalence data, meaning the level of a pathogen measured in the blood streams of a specific population.

Titled ‘COVID-19 Antibody Seroprevalence in Santa Clara County, California,’ the study was published on Friday at MedRxiv, a service that prints health studies before they have been officially peer-reviewed.

The tests found only single-digit percentages when testing for Covid-19 cases, but these “estimates represent a range between 48,000 and 81,000 people infected in Santa Clara County by early April, 50-85-fold more than the number of confirmed cases.”