“One of Our Greatest Coups”: The CIA & the Capture of Nelson Mandela 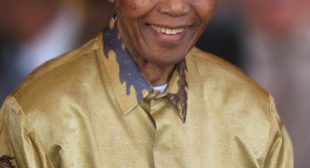 As South Africa prepares to hold a state funeral for Nelson Mandela, we look at how the CIA helped the South African government track down and capture Mandela in 1962. In 1990, the Cox News Service quoted a former U.S. official saying that within hours after Mandela’s arrest a senior CIA operative named Paul Eckel admitted the agency’s involvement. Eckel was reported as having told the official, “We have turned Mandela over to the South African security branch. We gave them every detail, what he would be wearing, the time of day, just where he would be. They have picked him up. It is one of our greatest coups.”