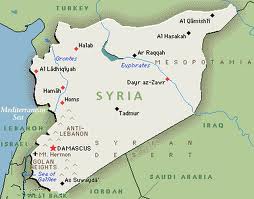 New reports have spotlighted the role of the West, Israel and some Middle Eastern countries in fanning the flames of the bloody unrest in Syria.

According Syrian sources, Israeli airplanes are smuggling weapons into Iraq’s Kurdistan region, which are then smuggled into Syria with financial assistance from Qatar.