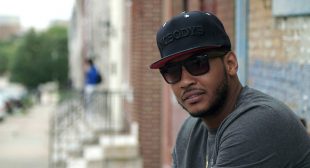 Last week, the beginning of an explosive corruption trial involving eight members of Baltimore’s elite Gun Trace Task Force revealed that a handful of Baltimore cops allegedly kept fake guns in their patrol cars to plant on innocent people—a failsafe they could use if they happened to shoot an unarmed suspect, the Baltimore Sun reports.

Detective Maurice Ward, who’s already pleaded guilty to corruption charges, testified that he and his partners were told to carry the replicas and BB guns “in case we accidentally hit somebody or got into a shootout, so we could plant them.” The directive allegedly came from the team’s sergeant, Wayne Jenkins, the Washington Post reports. Though Ward didn’t say whether or not the tactic was ever used, Detective Marcus Taylor—another cop swept up in the scandal—was carrying a fake gun almost identical to his service weapon when he was arrested last year, according to the Sun.