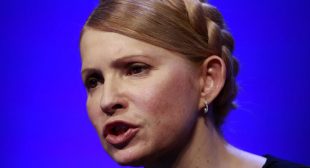 Ukrainians must take up arms against Russians so that not even scorched earth will be left where Russia stands; an example of former Ukrainian PM Yulia Tymoshenko’s vitriol in phone call leaked online.

“It’s going too far! Bugger! We must grab arms and go whack those damn katsaps [a Ukrainian word used to refer to the Russians in a negative tone] together with their leader,” Tymoshenko said.

Tymoshenko later confirmed the authenticity of most of the tape, only pointing out a section where she is heard to call for the nuclear slaughter of the eight million Russians who remain on Ukrainian territory was edited.