A Police Bulletin Instructs Officers to Look for Explosives 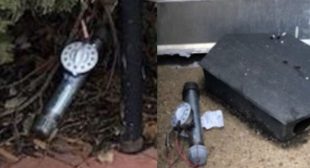 Following the discovery of two improvised explosive devices (IEDs) amid the pro-Trump mob in Washington, D.C., yesterday, Virginia police instructed officers to be on the lookout for suspicious packages, according to an internal bulletin obtained by The Nation.

The information bulletin, dated January 6, was issued by the Arlington County Police Department’s Homeland Security Section. It states that “officers are advised to be aware of their surroundings at all times and to treat any suspicious device/package as legitimate,” though it stresses that there is no specific indication that any IEDs were deployed in Arlington County. The bulletin also describes the two IEDs found in D.C.