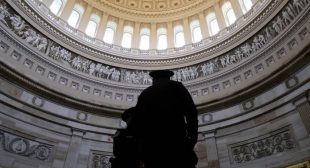 After seeing one of their colleagues killed last Wednesday, Capitol Police officers are angry that Republican members of Congress refuse to submit to the security changes put in place since then, and say they wouldn’t even be surprised if some lawmakers helped organize the attack.

“Officers are fuming and there are mumbles of several walking off the job,” one officer with more than 10 years on the force told BuzzFeed News — just as Republicans took to the floor last night to rail against even basic security measures. At one point today, officers set up tables around the metal detectors in an effort to block Republicans from just walking by them.