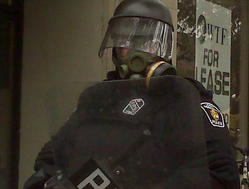 The watchdog that keeps an eye on the national police force has found that two people arrested during the G20 summit in Toronto in 2010 were plain-clothesed police officers.

The commission for public complaints against the RCMP released its long-awaited investigation report Monday.