A New Era in Physics has started 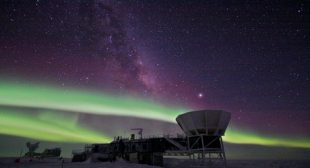 Scientists have heralded a “whole new era” in physics with the detection of “primordial gravitational waves” – the first tremors of the big bang.

The minuscule ripples in space-time are the last prediction of Albert Einstein’s 1916 general theory of relativity to be verified. Until now, there has only been circumstantial evidence of their existence. The discovery also provides a deep connection between general relativity and quantum mechanics, another central pillar of physics.

“This is a genuine breakthrough,” says Andrew Pontzen, a cosmologist from University College London who was not involved in the work. “It represents a whole new era in cosmology and physics as well.” If the discovery is confirmed, it will almost certainly lead to a Nobel Prize.

The detection, which has yet to be published in a peer-reviewed scientific journal, was announced on Monday at the Harvard-Smithsonian Center for Astrophysics in Cambridge, Massachusetts, and comes from the Background Imaging of Cosmic Extragalactic Polarization 2 (Bicep2) experiment – a telescope at the South Pole.