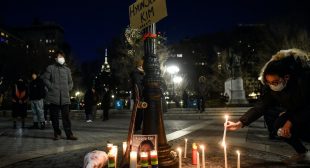 WHY DID Robert Aaron Long kill six Asian women, in three Atlanta-area massage parlors, as well as two other people who happened to be on the premises?

If you are Long, a stringently devout white Christian evangelical, she is, most saliently, Satan’s model helpmeet, shaped to seduce men into sin. Weakened in body and soul by “sex addiction,” in his telling, he was easy prey. He could not resist the succubi — aka his own desire — so he was compelled to commit one mortal sin to prevent another: murder to defeat fornication.