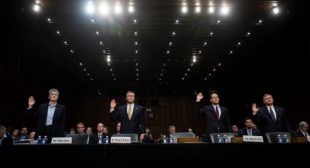 In order to boost the credibility of the FBI’s investigations of the Trump team, much of the media is whitewashing the bureau’s entire history. But the FBI has been out of control almost since its birth.

A 1924 American Civil Liberties Union report warned that the FBI had become “a secret police system of a political character.” In the 1930s, the Chief Justice of the Supreme Court feared that the FBI had bugged the conference room where justices privately wrangled over landmark cases, as Tim Weiner noted in his “Enemies: A History of the FBI.” In 1945, President Harry Truman noted that “We want no Gestapo or Secret Police. FBI is tending in that direction.” And FBI chief J. Edgar Hoover compiled a list of 20,000 “potentially or actually dangerous” Americans who could be rounded up and locked away in one of the six detention camps the federal government secretly built in the 1950s.