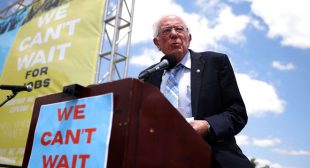 Sen. Bernie Sanders (I-Vermont) confirmed on Wednesday that Senate Democrats’ $3.5 trillion reconciliation bill that is slated to be passed with a simple majority vote in the chamber will include elements of the pro-union PRO Act.

The PRO Act, or the Protecting the Right to Organize Act, is a sweeping bill meant to strengthen unions and make it easier for workers to organize in the U.S. It has been lauded by progressives and the labor movement as a strong and crucial beginning to empower the working class in the country and provide a platform to level the playing field between workers and employers.