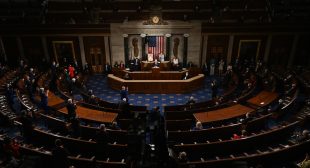 Even as President Joe Biden called for Congress during his joint address last week to pass labor reform legislation, a slate of gig companies has spent over $1 million lobbying Congress to influence the PRO Act and other related issues in 2021 alone, according to newly released lobbying disclosures.

Ride-hailing companies Uber and Lyft and delivery apps DoorDash and Instacart spent at least $1,190,000 on 32 lobbyists to persuade members of Congress on the PRO Act, first quarter disclosure reports show. The bill, which the House of Representatives passed in early March, would allow many gig workers to unionize and make it harder for companies to union-bust, among other changes.