Bernie Sanders Is the Real Force Behind the $3.5T Reconciliation Bill 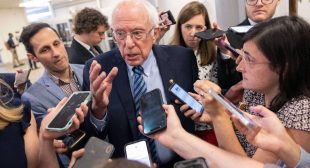 Though it’s yet unclear what exactly is in the reconciliation bill, lawmakers like Sanders and Majority Leader Sen. Chuck Schumer (D-New York) have celebrated it, saying it would be the largest and most consequential measure if it passes Congress.

The full bill has yet to be unveiled. But it contains some significant Democratic benchmarks like Medicare expansion, major climate provisions, tax hikes on the wealthy and parts of the pro-union PRO Act, which has been hailed by labor advocates as crucial legislation to protect the working class.