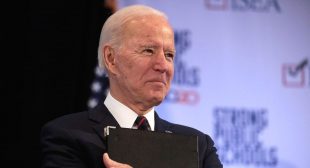 Liberal economic ideas dominated the political conservation in the United States for almost half a century, starting with President Franklin Delano Roosevelt’s landslide victory over President Herbert Hoover in 1932. But the New Deal era ended when President Ronald Reagan was elected in 1980, ushering in an era of neoliberalism, Reaganomics, trickle-down economics, Milton Friedman “shareholder” economics, among other things that undermined FDR’s New Deal and President Lyndon B. Johnson’s Great Society (an ambitious New Deal expansion of the 1960s that gave us Medicare and Medicaid). Author and historian Gary Gerstle, in an article published by The Guardian on June 28, argues that the age of “neoliberalism” is “coming apart” but poses the question: What is going to replace it?