Average Global Temperature Has Risen Steadily Under 40 Years of Neoliberalism 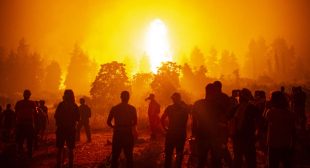 ince the advent of neoliberalism 40 years ago, societies virtually all over the world have undergone profound economic, social and political transformations. At its most basic function, neoliberalism represents the rise of a market-dominated world economic regime and the concomitant decline of the social state. Yet, the truth of the matter is that neoliberalism cannot survive without the state, as leading progressive economist Robert Pollin argues in the interview that follows. However, what is unclear is whether neoliberalism represents a new stage of capitalism that engenders new forms of politics, and, equally important, what comes after neoliberalism.