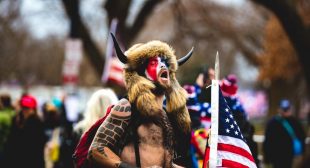 Norman, who leads the Humanism Initiative at Carnegie Mellon University, opens his piece by discussing the QAnon conspiracy cult — noting that in 2020, thousands of QAnon supporters “were fed a ludicrous story about Satan-worshipping, ‘deep state’ pedophiles plotting to oust President Trump.” Those QAnon supporters, Norman notes, got “played,” as did the January 6 “insurrectionists” who bought into Trump’s “stop the steal” lies.

Norman goes on to explain that far-right Republicans are appealing to “the brain module that responds to fear.”