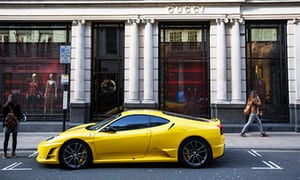 Higher income tax rates for the rich would help reduce inequality without having an adverse impact on growth, the International Monetary Fund has said.

The Washington-based IMF used its influential half-yearly fiscal monitor to demolish the argument that economic growth would suffer if governments in advanced Western countries forced the top 1% of earners to pay more tax.

The IMF said tax theory suggested there should be “significantly higher” tax rates for those on higher incomes but the argument against doing so was that hitting the rich would be bad for growth.

But the influential global institution said: “Empirical results do not support this argument, at least for levels of progressivity that are not excessive.” The IMF added that different types of wealth taxes might also be considered.

Labour seized on the report, calling for higher taxes on the rich, citing the IMF’s intervention as evidence of the need for a fairer tax system.