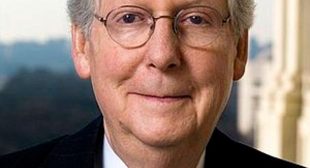 What do you do when the Congressional Research Service, the completely non-partisan arm of the Library of Congress that has been advising Congress—and only Congress—on matters of policy and law for nearly a century, produces a research study that finds absolutely no correlation between the top tax rates and economic growth, thereby destroying a key tenet of conservative economic theory?

If you are a Republican member of the United States Senate, you do everything in your power to suppress that report—particularly when it comes less than two months before a national election where your candidate is selling this very economic theory as the basis for his candidacy.