Bernie Sanders to announce plan to guarantee every American a job 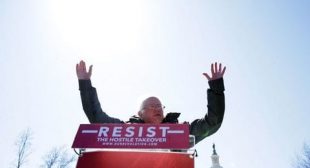 Sen. Bernie Sanders (I-Vt.) will announce a plan for the federal government to guarantee a job paying $15 an hour and health-care benefits to every American worker “who wants or needs one,” embracing the kind of large-scale government works project that Democrats have shied away from in recent decades.

Sanders’s jobs guarantee would fund hundreds of projects throughout the United States aimed at addressing priorities such as infrastructure, care giving, the environment, education and other goals. Under the job guarantee, every American would be entitled to a job under one of these projects or receive job training to be able to do so, according to an early draft of the proposal.