PressTV-‘Russia will not allow US no-fly zone in Syria’ 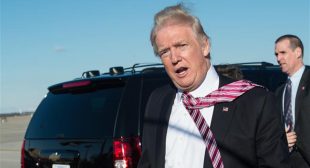 President Donald Trump says he is going to establish a “safe zone” in Syria. The new US leader has not given details of the project, however experts have expressed concern about the potential risk of an escalation as a result of the American military intervention. Press TV has asked two panelists about where such a plan comes from and what the consequences would be.

Kevin Barrett, author and Middle East expert from Madison, Wisconsin, said Thursday night that Russia would not allow the US to go along with its no-fly zone project in Syria.

“If Trump gets into office and starts throwing around this euphemism for no-fly zones, I would be shocked if his military actually was willing to try to implement a no-fly zone and get into a shooting war with Russia,” Barrett said.

According to the author, there was a real debate in American policy circles a few years ago about whether there should be “no-fly zone” especially before Russia got involved in the Syrian conflict.

“But today Russia is there and they have very robust anti-aircraft systems and Russia is not going to let happen to Syria what happened to Libya.”