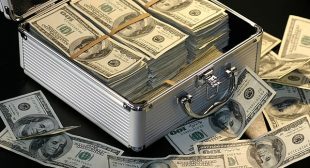 The head of the IRS calculated that tax evasion in the U.S. may total $1 trillion a year, a figure that is multiples higher than previous estimates from the federal government.

Internal Revenue Service Commissioner Chuck Rettig told a Senate panel Tuesday that previous tallies of the tax gap — which came to a cumulative amount of about $441 billion for the three years through 2013 — didn’t include some tax evasion-techniques that weren’t on their radar at the time.