Joe Biden wants to spend $2 trillion on infrastructure and jobs. These 4 charts show where the money would go. 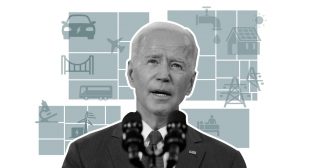 President Joe Biden on Wednesday introduced a sweeping $2 trillion infrastructure and jobs package that looks to reshape the American economy and make the most significant domestic U.S. investments in generations.

But the plan goes far beyond infrastructure.

It’s as much a jobs program – one that looks to build the nation’s clean energy workforce, expand manufacturing and boost caregiving as a profession to serve the elderly and disabled.

“Put simply, these are investments we have to make,” Biden said. “Put another way, we can’t afford not to.”