73% of US Voters—Including 57% of Republicans—Back Biden’s $2.25 Trillion Infrastructure Plan: Poll 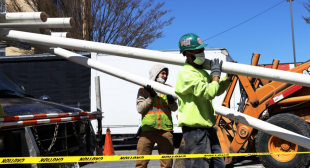 A new poll released Tuesday shows that a large, bipartisan majority of voters in the United States supports President Joe Biden’s proposal to spend $2.25 trillion over eight years to upgrade the nation’s physical and social infrastructure.

The survey (pdf), conducted by Invest in America and Data for Progress, found that voters support Biden’s American Job Plan by a 52 point margin, with 73% of all voters in favor and only 21% opposed.