Canadian Banks got $114B from governments during recession 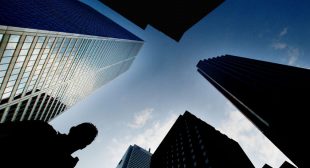 Canada’s biggest banks accepted tens of billions in government funds during the recession, according to a report released today by the Canadian Centre for Policy Alternatives.

Canada’s banking system is often lauded for being one of the world’s safest. But an analysis by CCPA senior economist David Macdonald concluded that Canada’s major lenders were in a far wors