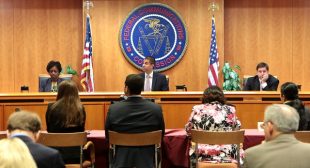 A new poll has found that 60 percent of registered voters support the Federal Communications Commission’s (FCC) net neutrality rules, even as the agency’s current leadership is in the process of repealing them.

And the support for the regulations is shared across party lines. Sixty-one percent of voters who identify as Democrats are either strongly or somewhat in favor of the rules, and among Republicans that number is 59 percent.